Isolation in the City, by Isaac Cordal - EverythingWithATwist
Menu

Isolation in the City, by Isaac Cordal 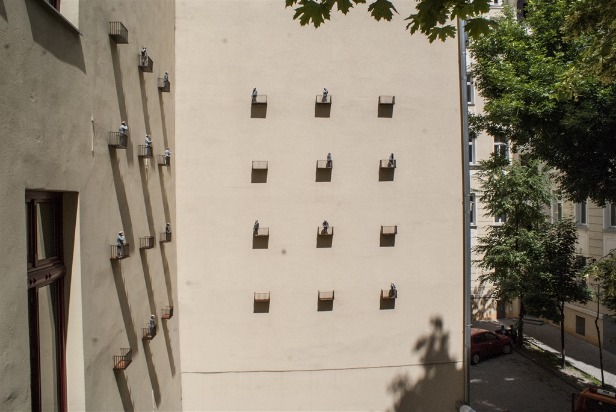 Lodz is the third largest city of Poland having almost three quarters of a million population. It has an annual, cultural event named after its city: Lodz 4 Cultures Festival. This year was held the weekend before and “The main idea is to promote an attitude based on openness to other people and their cultures.The festival would also be a way of revitalizing neglected historical center of the city, through art.” as the organisers suggest. 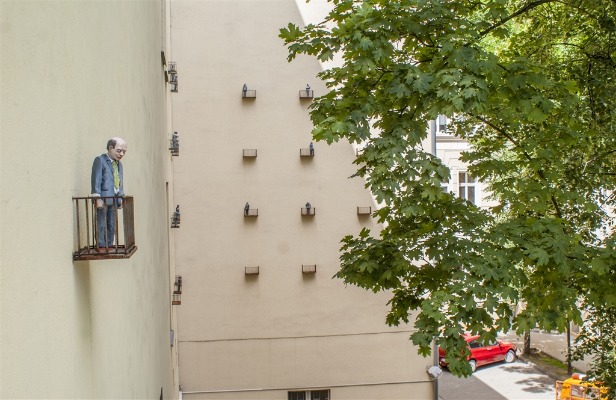 Isaac Cordal is a Spanish artist, currently based in Belgium. His main artistic activities are sculpture and photography focusing on everyday life. He has degrees both from Academy of Fine Arts, Pontevedra – his home-town, and from College of Arts in London. The installation this article is referred to is called Sasiedzi, translated as Neighbors from polish. He identifies the isolation a big city can cause and what consequences could happen. 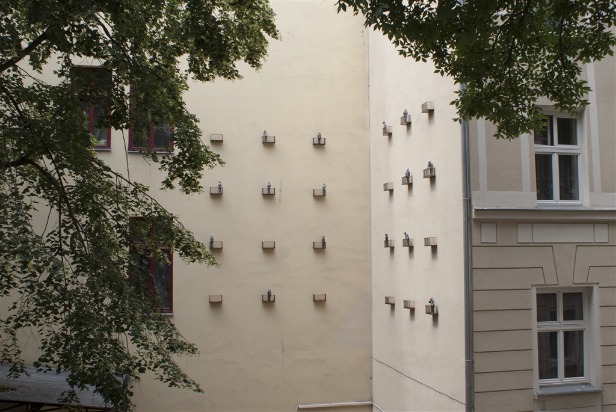 “Many years ago, I imagined a party full of people, where no one communicated with each other. There was a warmth due to the presence of bodies, but there was no communication.  There was a noise of the overlapping conversations, but the conversations were not between the people present. They were all communicating with someone in the outside world through their mobile phones.” the artist says. Enjoy. 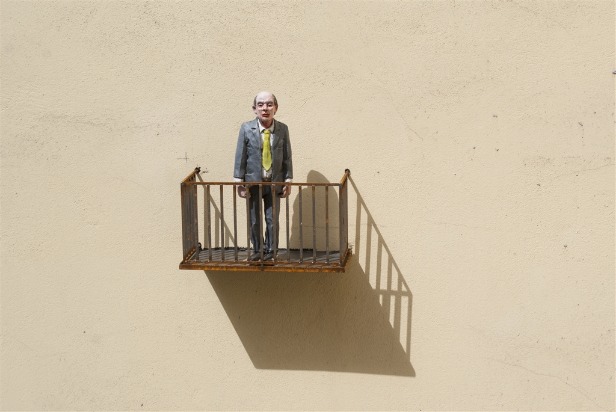 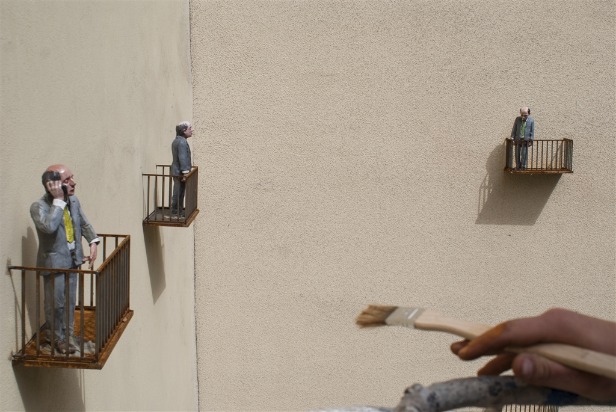 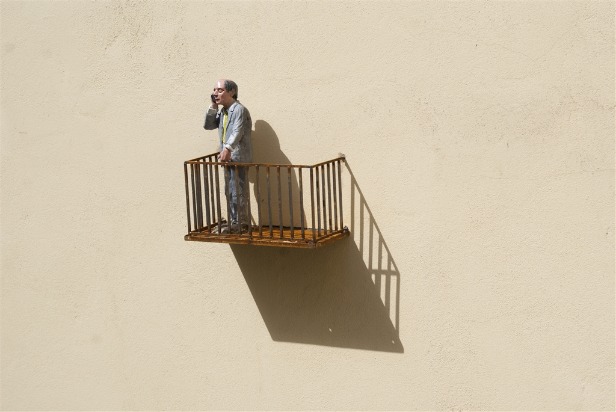 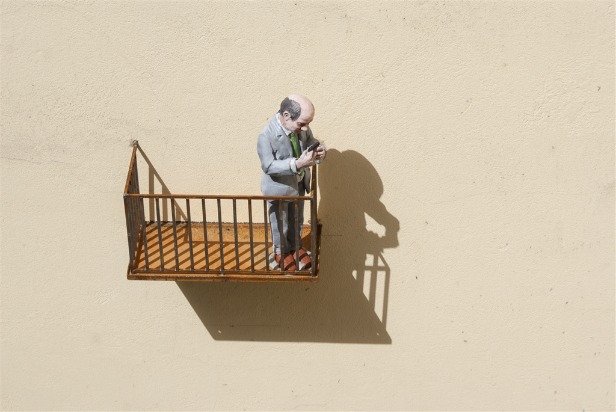 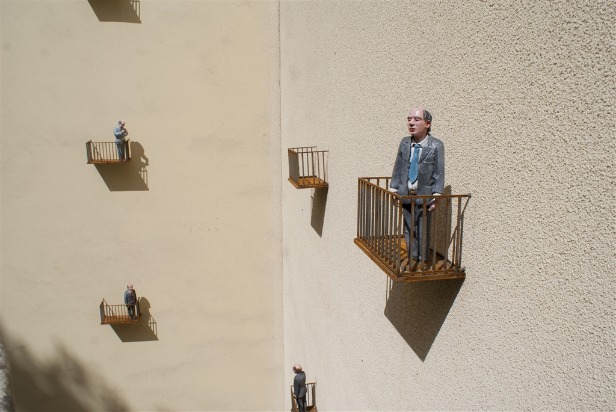 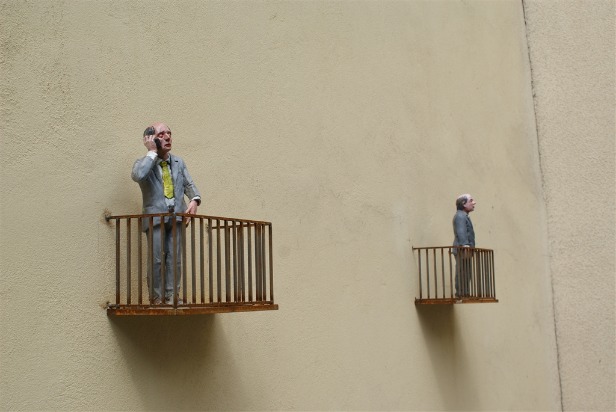 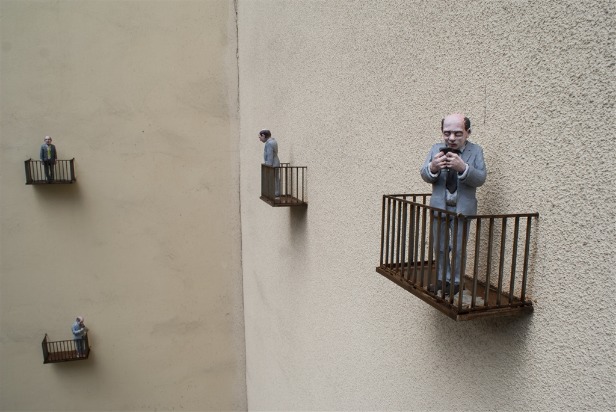 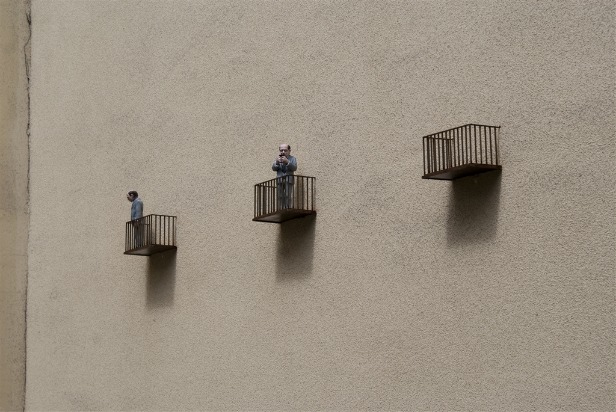 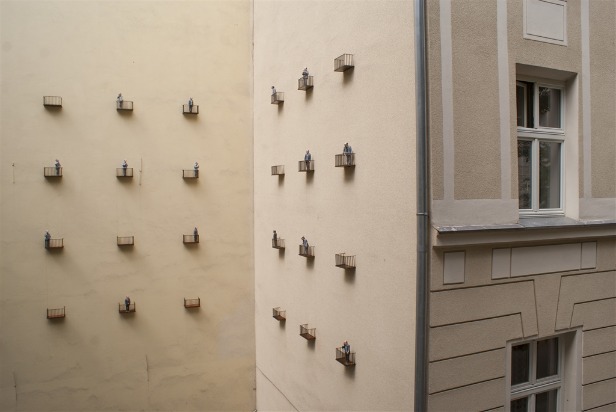 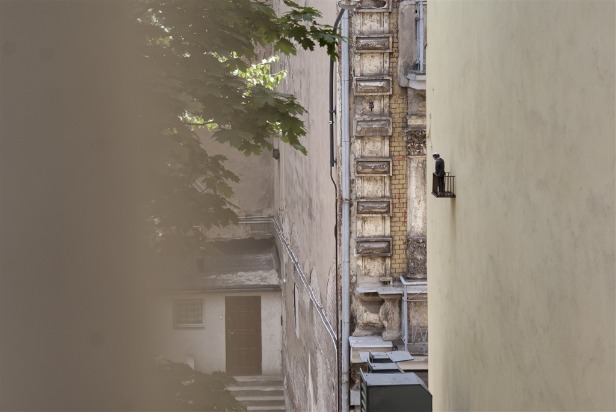 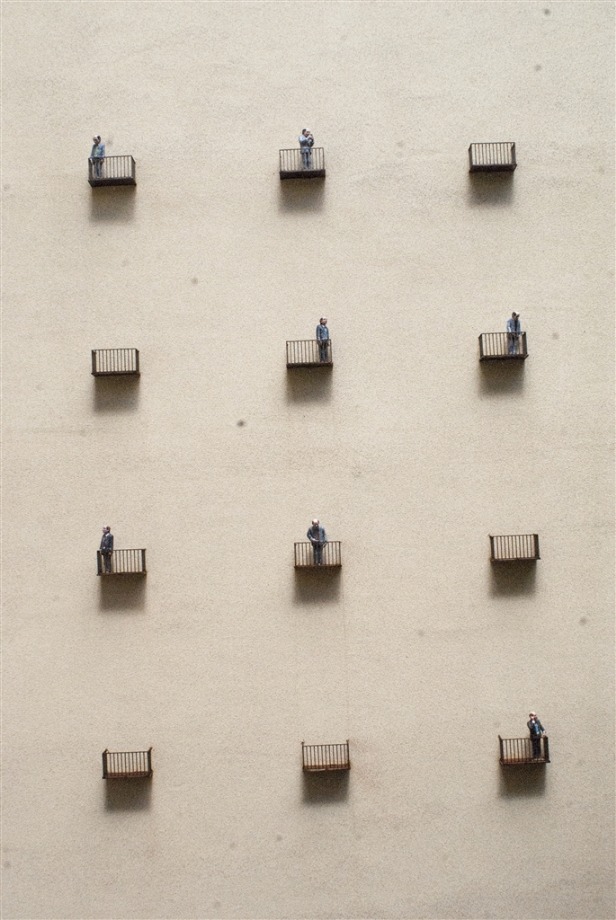